The Successful Journey from a job at a restaurant to a Hospitality Tycoon – Dr. Ravichandar

by CB Teams
in CEO Story
1

Some CEOs inherit their family legacy, some are hired owing to their qualification and industry experience, while some CEOs are self-made due to their passion for what they do. Dr. R Ravichandar, Chairman & Managing Director of the multi-crore Nandhana Group is one such self-made CEO with an inspiring success story.

A man who came to Bengaluru from a village way back in the 1980s with a farming background, he worked his way up to become the hospitality tycoon that he is today. With barely any money in his pocket, Dr. Ravichandar worked as an accounts manager before the restaurant he worked in ran into trouble and the owner offered him a partnership to revive it. Satisfied with his job, but itching to do more, he took up the offer gladly with the dream of turning around the fortune of the restaurant. 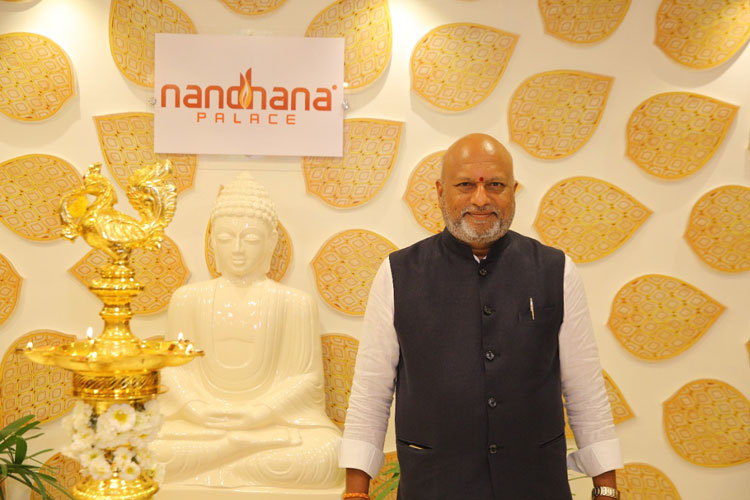 What inspired Dr. Ravichandar to take up the offer and what gave him the confidence that he could turn it around and make it profitable?

“There was no restaurant in Bengaluru those days serving authentic Andhra food. So, I was confident that the restaurant will be a success,” says the visionary businessman.

From then, there was no looking back for Dr. Ravichandar. From the flagship restaurant he started in Rajajinagar locality of Bengaluru, he slowly but surely expanded to make it a chain of 15 restaurants spread across the city of Bengaluru. Today, Nandhana is a household name in Bengaluru known for its exotic Andhra cuisine.

What is the reason for the stupendous success of the Nandhana brand?

“We are always the first movers & innovators. Be it packaging & introducing new dishes we have always been first & the rest follow. This sets us apart,” avers Dr. Ravichandar.

The group has now forayed into the Tamil Nadu market by opening their first Nandhana restaurant in Chennai. What is interesting is that the restaurant was opened during the pandemic. “We are the only chain of Andhra restaurants from Bangalore to become a massive hit in Chennai. Our menu is designed in such a way that it caters to a much larger audience. We are not single dish focused. This makes us adaptable to any region,” explains Dr. Ravichandar.

When asked about his learnings from the pandemic, “We need to be prepared for the worst. If you take care of your employees, suppliers & building owners during difficultly they will stand by you,” says the dynamic business owner who has a chain of budget hotels too under the brand name La Sara, which are now running at 80% occupancy post pandemic.

A patient and calculated risk taker that he is, now Dr. Ravichandar’s entire focus is on expanding his footprint in Tamil Nādu. Both his daughters are assisting him in managing his empire efficiently. As he proudly says, “My daughters are actively involved. In fact, Nandhana meaning daughter in Sanskrit is named after them.”